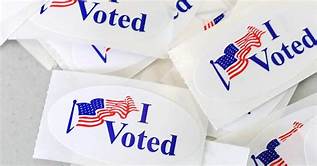 There has been movement in the South Carolina legislature since the start of the 2021 spring term, with several key pieces of legislation going forward.

The integrity of the state’s electoral process has been a focus of several legislators. The 2020 election showed that there are different election procedures in most of the 46 counties.

The South Carolina House passed legislation (H.3444) that empowers the State Election Commission to have better oversight and power over how counties conduct elections and internal election matters.

The vote approving the bill was 84-36, mostly along party lines. Governor Henry McMaster gave his approval in support of this election reform.

Another legislative initiative called the South Carolina Freedom of Religion Act passed the House by  a vote of 86-29. This legislation (H.3105) gives a definitive determination of religious services as essential.

It is designed to protect citizens’ First Amendment right to worship, regardless of other circumstances, particularly during a declared state of emergency.

Public school teachers will be receiving an annual salary step increase of around two percent. The House agreed with the Senate’s amendment to H.3609 and the bill was forwarded to the governor for signature.