Cancel Culture Pushes Boycott of Georgia to the Extreme 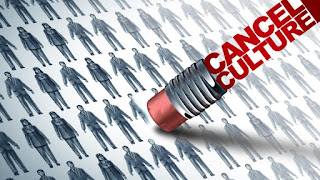 In an attempt to push the far left agenda, the woke culture in place at several major corporations has selected the state of Georgia as their next target. Georgia recognizes the need for shoring up the integrity of elections and has passed a law requiring voters to show identification when exercising their constitutional right to vote.

Georgia also deemed it inappropriate to have influencers working the line with food and drinks while people are waiting to vote. What they didn’t do was take away the ability of legitimate voters to participate in elections and they also didn’t take away the ability for people to provide water and snacks to voters, it just has to be done from a dedicated distribution station.

To hear this law described by the mainstream media, you’d think they’ve disenfranchised the bulk of the population with an excessive, restrictive ruling. The corporations that are doing business in Georgia and are following the playbook of the cancel culture include big names known across the country and the world: Coca Cola, Delta Airlines, Major League Baseball and others.

Former President Donald Trump reacted to the news of the companies that are leaning on Governor Kemp to back away from the law. "Are you listening Coke, Delta,” Trump said. "Boycott Major League Baseball, Coca-Cola, Delta Airlines, JPMorgan Chase, ViacomCBS, Citigroup, Cisco, UPS, and Merck."

Major League Baseball decided to pull the All Star Game from being played in Georgia this summer. The latest speculation has the game being played in the state of Colorado.

Democrats have criticized the law, with Joe Biden calling it “Jim Crow on steroids.” More than one hundred companies and social media firms including Twitter, Zillow and Uber issued a joint statement through Civic Alliance Friday, joining several major corporations who have expressed their concern about Georgia's decision to require identification when voting. There are activities in every state of the Union that require identification to participate, but yet the idea of proving your identity to vote is somehow different and racist.

Facebook: "We support making voting as accessible and broad-based as possible and oppose efforts to make it harder for people to vote," Roy Austin, VP and deputy general counsel for civil rights, said in a statement.

Bank of America: "Our history in fact is punctuated by the moments when we expanded that right to those to whom it had been denied too long. We must continue to right the wrongs of our past, and stand united in our advocacy for equal voting rights for all," Chairman and CEO Brian Moynihan wrote in a message to employees.

Microsoft: "We are concerned by the law’s impact on communities of color, on every voter, and on our employees and their families. We share the views of other corporate leaders that it’s not only right but essential for the business community to stand together in opposition to the harmful provisions and other similar legislation that may be considered elsewhere."

Coca Cola: The Georgia law is "unacceptable" and "a step backwards," CEO James Quincey told CNBC Wednesday. "[It] is wrong and needs to be remedied, and we will continue to advocate for it both in private and now even more clearly in public."