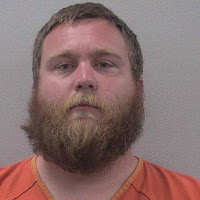 Lexington County deputies have arrested a man accused of contracting to do construction work he is not licensed to perform.

James Brandon Jordan, 29, is charged with obtaining goods under false pretenses for signing a contract and accepting more than $30,000 to work on a Chapin home last October, according to an arrest warrant.

“Jordan has what’s known as a specialty contractor registration from the state Department of Labor, Licensing and Regulation that allows him to perform only certain types of work at a home,” Lexington County Sheriff Jay Koon said. “Based on what we’ve determined during our investigation, Jordan agreed to do work outside the scope of his LLR registration.”

Jordan is also charged with possession of a destructive device and three counts of unlawful conduct toward a child, according to arrest warrants.

“While detectives were executing a search warrant at Jordan’s home Wednesday to gather evidence related to the construction case, they found a homemade pipe bomb,” Koon said. “The unlawful conduct toward a child charges are due to the fact three children were in the home when detectives found the pipe bomb.

“Our work on this case continues,” Koon said. “To report other cases of potential home improvement fraud allegedly associated with Jordan or his company, send an email to homefraud@lcsd.sc.gov.”