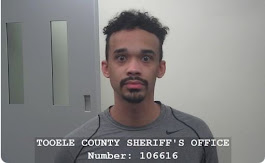 John Sullivan is accused of organizing an Antifa-Insurgence rally on January 6th at the Washington Monument before several people stormed the US Capitol.

The US House of Representatives voted to impeach President Donald Trump, accusing him of inciting his supporters to trespass into the US Capitol. Yet there is no proof Trump did anything to incite a riot But as more evidence is revealed, other groups- who oppose Trump- seem to be the cause of the chaos.

Sullivan has been accused. He turned himself in and then was released by police to house arrest.

Sullivan can allegedly be heard urging on violent protesters in video he provided to the FBI, according to a federal criminal complaint. He has also shared the video to his YouTube and Twitter accounts under the fake name of Jayden X.

Sullivan was caught on video according to a report in The Gateway Pundit posing as a Trump supporter during the chaos at the US Capitol more than a week ago. Link to video

The Gateway Pundit also reported that Sullivan, a militant Black Lives Matter and Antifa activist can be seen reveling inside the U.S. Capitol on Jan 6.

Sullivan claims that he regularly attends protests only to record what’s going on. He contends he did not actively take part in the insurgence in Washington. This is a lie. The leader of the Utah Antifa-BLM movement has been previously arrested.