The South Carolina Arms Collectors Association held a two-day gun and knife show this past weekend at the Jamil Temple in Columbia. Even though the number of vendors was reduced to comply with CDC guidelines, interest was so strong that on Saturday, there was a consistent line outside until early afternoon of people waiting to get inside. Overflow parking in the grass was necessary because of the large attendance on both days. 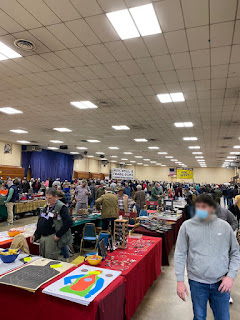 They removed 120 vendor tables that they would normally have and created fourteen-foot wide aisles, limiting the occupancy of the building to 400 people as a COVID protocol.

Several other shows are planned throughout the year, including Greenville as well as Columbia.

Even with the reduced number of tables, a large number of vendors attended the Columbia show, with booths showcasing handguns, shotguns and rifles, both new and used. Historical weapons were also on display, as well as weapons accessories and ammunition. By the second day, most of the ammunition had been sold.

Vendors came from all over South Carolina and even from out of state. Several vendors said they’d had a great show, selling more than eighty percent of the items they brought to sell or trade. The bulk of the business conducted at the show was in cash, as most vendors weren’t set up for credit card processing.

No loaded weapons were allowed at the gun show, even with a Concealed Weapons Permit. Only on-duty law enforcement officers could carry a loaded firearm on the premises. All weapon safety precautions were taken.

Some attendees expressed concern that it may be more difficult in the future to find weapons and ammo, so the need to stock up now was pressing.

Started in 1968, the South Carolina Arms Collectors Association is based in Neeses, SC and is a nonprofit organization that promotes the lawful collection, possession, study and enjoyment of firearms, other weapons and related items, both antique and modern. Their mission is to promote safe and lawful use through the holding of public exhibitions from time to time in South Carolina and to provide their members with the chance to buy, sell or trade weapons and related items in accordance with all federal, state and local laws. 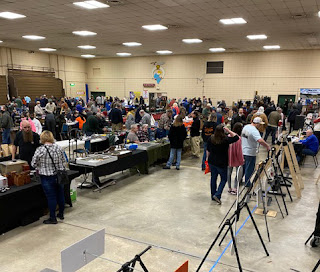 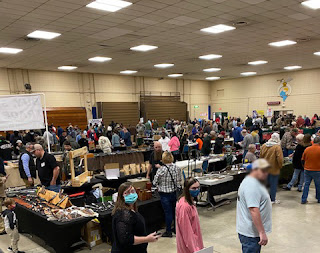 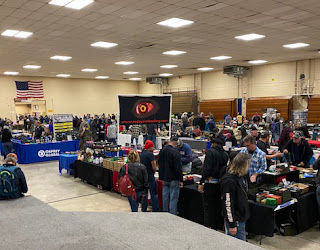