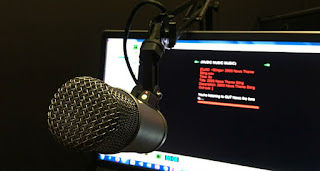 Cumulus Media is one of the largest conglomerates in the radio industry, controlling the stations that air popular talk radio hosts such as Mark Levin, Ben Shapiro and Dan Bongino. With more than 429 stations under their control, a directive from Cumulus impacts a vast listening audience.

On Monday, Cumulus Media released an internal memo regarding content that’s now prohibited on their stations. They’ve directed their hosts to stop suggesting that the election was stolen from President Trump or else face termination.

As reported by The Washington Post, “Cumulus and its program syndication arm, Westwood One, ‘will not tolerate any suggestion that the election has not ended. The election has been resolved and there are no alternate acceptable paths. If you transgress this policy, you can expect to separate from the company immediately.’”

However, even though stations in the Cumulus universe air The Rush Limbaugh Show, he is not subject to their mandate, as his show is syndicated by a different company.

Keven Cohen, owner of Make the Point Radio in Columbia, S.C., started his own radio station over seven years ago after leaving a name brand station controlled by a national company. His mission has always been to provide a different option to listeners in the Midlands, with a variety of shows hosted by local business people and the morning and afternoon drive times hosted by Cohen himself.

Found at 100.7 FM, 1470 AM and online at the TuneIn app, Cohen’s reach has grown exponentially over the last seven years. He has had a number of national figures appear on his afternoon show that airs from 4 p.m. – 6 p.m., including members of Congress, presidential candidates and more.

When asked his opinion on the Cumulus Media position, Cohen responded, “My gut reaction is the first rule of radio is protect your license, other than that, I’ve never believed in censoring or telling any of our hosts what they can say from a content perspective.”

Cohen emphasizes the importance of not violating the rules of the FCC, while allowing talk show hosts the freedom to use his or her creativity. “You still have responsibility as a radio station to understand the public good. You hope when these national talk show hosts have gained the level of acclaim and success they’ve reached, they understand their words have meaning,” he said.

While he doesn’t support telling talk show hosts what can and can’t be said on any topic, he says the influence of a radio personality can be significant and discussions on the air need to be chosen carefully. “When you’re at the microphone and talking to thousands of people, your words carry a lot of weight. Talk radio listeners are people who tune in because they like the host. The host has to take responsibility for the content of the show. People hang on the words of Glenn Beck, Rush Limbaugh, Ben Shapiro and others. They have mighty loyal followers.

“I don’t believe in censoring my hosts, but if something is going on in our country or our city that’s inflammatory, you need to pick your words carefully. With my hosts, I trust them or I wouldn’t have them on my station in the first place,” he added.

The Cumulus Media reaction may be a result of the public turmoil at the Capitol. “I think they realize as a big corporate entity that the shifting of power in D.C. is going to a democratic- controlled FCC and you don’t bite the hand that feeds you. Protect your license,” Cohen said.