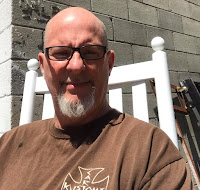 On Tuesday, the U. S. Secret Service made an unexpected visit to a local Columbia business owner over concerns about a post he made on Facebook three days prior.

Curran Stone, owner of Car Toys Auto Spa in Columbia, S. C., is a vocal conservative with a steady presence on popular social media sites, such as Facebook and Parler. He was visited by the Secret Service at his business yesterday, which has a separate apartment he uses as his primary residence.

“I wrote a post on Facebook on January 9th and put ‘Just think what if 11/63 repeated itself on  01/21? Deja vous…indeed.’ I’m not insinuating anything, it’s just a post,” Stone said. On Tuesday morning, a black SUV parked outside of his building and a Secret Service agent and his partner asked to speak with him.

“This must be something I said on social media,” Stone replied. The agent gave him a copy of the Miranda warning and asked him to acknowledge it with a signature. “I’ve done nothing wrong and I don’t need to sign it,” he said and then allowed the agents to come inside his building. He was given the opportunity to call an attorney, but quickly declined. The agents assured him he had the ability to refuse to speak with them or stop at any point. “I’ve done nothing wrong. I have freedom of speech, so I’ll talk to you,” he said.

The interview with the agents was wide-ranging, including a nine-page form that included questions about his background, his parents, siblings, education, his social security number and employment. He was asked if he owned any firearms and he confirmed ownership of a gun he inherited from his grandfather and a shotgun he’s never fired. When asked why he owned firearms, he replied, “You do see the neighborhood I’m living in? Richland County Sheriff Leon Lott told me to get a gun, so I got a gun. I started a business coalition in this neighborhood to clean up all the drugs and prostitution and make it a better place to live and work. There’s even a CAT (community action) team with the Richland County Sheriff’s Department assigned to me, would you like the name of the captain I deal with?”

Next, the agents read to him the Facebook post and asked if he’d even been to Washington, D.C. Stone hasn’t been there since 1992. They also asked if he was a member of any activist groups, to which he answered, “No, I’m a working person and I don’t have time to drive to Washington or anywhere else.”

He was asked about any acquaintances that went to Washington recently. “No and I’m not going there and I’ve never gone to a protest or a rally in my life. It kills me that you think I’m a big influencer like Dan Bongino and Diamond and Silk – they talk worse than I did and you don’t do a thing,” he said.

“I think anyone would be intimidated by a visit like this. Both of them were very nice about it and I know they’re just doing their job, but it’s a waste of time. It was very stressful, especially when they call you back several times to check your answers. I can’t keep being interrupted from work, I didn’t get any work done today at all.”

He was questioned about how long he has worked at Car Toys and who has supervised him. “I don’t have a supervisor,” Stone answered. “I’m the CEO and own 100 percent of the stock. What were you going to do, call up my employer and ask them to fire me?”

He was questioned about having a Parler account.  “I used to, but I guess I don’t now since they’re not even up,” Stone said.  The agents continued to press him about a post from last Saturday he made, saying he was tired of all the people that said we are going to have a revolution and then we’re not. Stone reiterated that a large portion of the American public is frustrated with current events. He’s been vocal for many months about the lockdown policies, the mask requirements, voter fraud and more recently the censorship of conservative thought.

“I’m not looking to bump anybody off, I’m not some mafia guy, so you are barking up the wrong tree, I’m just making comments like everybody else. I understand you’re just doing your job, and I’ve answered all your questions, but now it’s starting to get kind of aggravating,” Stone replied. “Why aren’t you out chasing down the Antifa people who’re rioting, harassing the police, burning down businesses and doing all kinds of illegal stuff, but you want to harass me, somebody that just made some post, and being that I’m an American citizen I have a right to share my voice. I’m not doing anything wrong and you need to follow up with people who are.”

Stone said that neither of the Secret Service agents wore a mask during their visit.

Oddly, the agents asked if Mr. Stone planned to take the COVID-19 vaccine and if he had any swastikas around the house. “I just laughed and said no to the vaccine and that my father was a D-Day World War II Normandy veteran that fought for the United States against Hitler and got a Purple Heart for it. Do you actually think I would support the Nazis,” he answered.

Stone has no further plans to post on Facebook, even though the social media outlet was a regular source of business leads for him. The post has been removed from Facebook, but not by Stone. “They have the power to just take away anything you post, apparently.”