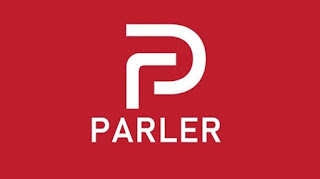 The popular social media network Parler filed an anti-trust lawsuit yesterday against Amazon Web Services (AWS) for terminating their hosting account and effectively shutting down their site.
Noted for freedom of expression and conservative thought, Parler's usage exploded in the last two weeks, making it the number one downloaded free app in Apple's App Store.
Amazon Web Services is the same hosting platform used by rival social media network Twitter. When Twitter made the decision to ban President Donald Trump from his Twitter account, several other social media and electronic service providers followed suit, including Facebook, Stripe, Instagram, Snapchat, Reddit and Twitch. Parler quickly became the new favorite for Trump's followers who chose to abandon or reduce their presence on sites that are blocking the President.
A number of prominent conservatives have also been banned or had their accounts throttled from mainstream social media in the last week, including Steve Bannon, Roger Stone, Mark Levin, Brian Kilmeade, Terrence Williams, Omar Navarro and Dave Rubin.
Parler was also eliminated from both the Apple and Google Play app stores on Sunday evening for allowing "the incitement of violence" without censoring.
As Parler alleges in its lawsuit, "by silencing Parler, AWS silences the millions of Parler users who do not feel their free speech is protected by Twitter or other social media apps. What is more, by pulling the plug on Parler but leaving Twitter alone despite identical conduct by users on both sites, AWS reveals that its expressed reasons for suspending Parler’s account are but pretext. In its note announcing the pending termination of Parler’s service, AWS alleged that “[o]ver the past several weeks, we’ve reported 98 examples to Parler of posts that clearly encourage and incite violence.” AWS provide a few examples, including one that stated, “How bout make them hang?”, followed by a series of hashtags, including “#f---mikepence.”
"AWS further stated to Parler that the “violent content on your website . . . violates our terms.”  Because, AWS declared, “we cannot provide services to a customer that is unable to effectively identify and remove content that encourages or incites violence against others,” AWS announced the pending termination of Parler’s account.  However, the day before, on Friday, one of the top trends on Twitter was “Hang Mike Pence,” with over 14,000 tweets. Yet these equivalent, if not greater, violations of AWS’s terms of service by Twitter have apparently been ignored by AWS."
The lawsuit was filed in the United States District Court for the Western District of Washington at Seattle, which has jurisdiction to hear the case based on the physical location of Amazon's headquarters. Parler is seeking injunctive relief and an emergency restraining order to prevent the elimination of their software from the Amazon servers.
at January 12, 2021