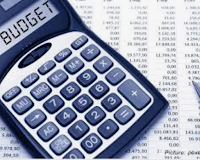 The South Carolina House of Representatives focused on money matters this past week. The state’s budget was up for consideration in the House and now moves to the Senate. The continued tightening is to hedge against unknown financial uncertainty created through the pandemic. The South Carolina House passed a very conservative budget to only fund necessary government services.

Overall revenue for the state is expected to increase as the number of positive cases falls and the spread of herd immunity gets society closer to normal operation.

“After hours of debate and hundreds of votes, we passed the $9.8 billion general fund budget that puts hundreds of millions in the state's rainy day fund as a hedge against the economy slowing again,” said Rep. Bill Taylor of Aiken. “The budget prioritizes the legislative dedication to improving education, funding needed resources for law enforcement and our prison system, and expanding broadband internet access, focusing on rural areas.”

State employee pay is addressed in the budget for the coming year.  While the initial budget does not give all state employees a pay raise, the floor debate brought commitments from budget leaders they will make every effort to include pay boosts in the final spending plan. The preliminary budget does include $16.2 million for annual pay bumps and pay increases for South Carolina  law enforcement officers and corrections officers.

Among the additions added during the budget debate was a provision to have the State Election Commission report on the number of election fraud investigations conducted in relation to the November 2020 election. The report would be due for completion by this August.

The Senate will be considering this budget and return it to the House while the Board of Economic Advisors prepares revenue estimates.  As the economy continues to improve, there are indications there will be additional revenue forecasted, which will allow for other spending priorities.

In April, the House will decide how it plans to allocate the $2.1 billion in federal money from the American Rescue Plan Act. Also up for debate is the $525 million from the Savannah River Site settlement.