Marking the 40th Anniversary Since President Reagan was Shot 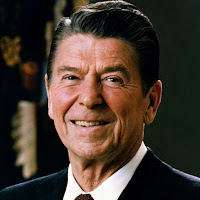 Everyone survived the gunman’s attack. However, James Brady was permanently disabled due to brain damage from the wound. He later became a staunch supporter of gun control efforts.

President Reagan was seriously wounded in the shooting, which took place outside the Washington Hilton Hotel after a speech given by the president. His term had just begun only 70 days prior to the shooting.

Hinkley’s assassination attempt was actually caught on video and the footage was seen by millions through traditional broadcast news.There was no internet at the time.

Reagan recovered and went on to complete his term and win re-election in 1984. The public was not immediately made aware of the seriousness of his injuries. The surgeons reported the bullet entered Regan’s chest and stopped just one inch away from his heart.

Hinckley was found not guilty by reason of insanity and was sentenced to a mental care facility. He was released from custody in 2016.