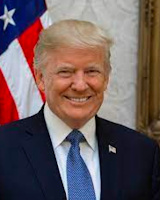 Former President Donald Trump is reported to be in discussions with a new and relatively unknown social media group called FreeSpace to create his own brand of social communication.

Trump’s senior advisor Jason Miller told Fox News that Trump would make a return to social media in the next few months, with his own platform.

The majority of the world’s social media sites have banned Trump for the last several months, starting in November 2020 around the time of the contested election. He was removed from Facebook, Twitter, Instagram and many others in an attempt to silence his point of view and influence.

His consideration of FreeSpace would make this newcomer app top news. FreeSpace was just launched in February 2021 in the Google Play store and the Apple app store. As of now, FreeSpace has under a thousand users. The market dominator, Twitter, boasts over 192 million daily users.

Many Trump followers are anxious for the former president to return to the daily conversation and to find a new home on a social media site that doesn’t throttle free speech and ideas from opposing parties.