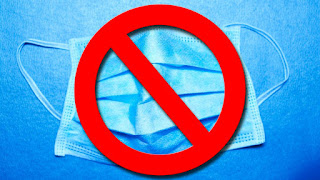 In a win for freedom of choice, The City of Rock Hill voted this week to rescind the mask mandate for their municipality that’s been in effect since last summer.

The Rock Hill City Council voted 5-2 in favor of cancelling the mask mandate. This action comes after South Carolina Governor Henry McMaster (R – S. C.) changed the statewide rules regarding the requirement of mask wearing for restaurants and government buildings across the state.

Members of the Rock Hill City Council voiced opposing views on the mask mandate, with John Black voting in favor of relaxing the rules as the numbers on COVID 19 continue to improve. However, Nikita Jackson believes that once the rules are relaxed, people will stop wearing masks and endanger people working at public businesses. “…if don’t nobody else speak up for those individuals we as public servants should address that and speak up for them,” Jackson said.

According to Councilman Black, “The numbers are going down and it’s time to take a mandate and let the citizens decide for themselves if it’s their need to protect themselves.”