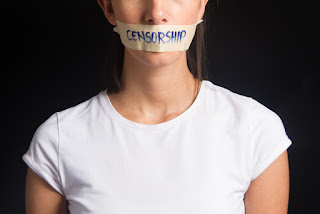 The cancel culture has grown exponentially over the last few years to the fevered crescendo of today. Will history books have to be burned and rewritten with revisionist texts to accommodate the latest attempts to erase our nation's past? Challenges to people, places and things are now focused on eliminating opposing viewpoints from existence.

Tearing down statues gained traction in 2020, blaming historical figures for "systemic racism." Poor old Christopher Columbus, his statue removed from a City of Columbia public park in the cover of darkness, with the stated reason to protect it from harm. Here's the question: will it ever be returned? Probably not.

If you think rioters are only pulling down statues of people who owned slaves or behaved in a racist fashion, think again. Even significant figures in the fight against racism were defaced with graffiti, torched and toppled. The purpose was simply to destroy without regard for anything other than destruction for the sake of destruction.

The lessons of Joseph Stalin and the Soviet Union are being followed by the BLM movement, whose leaders openly admit to being Marxists. Stalin purposely removed statues, people from photographs (well before Photoshop even existed, he was erasing people from images) and wiped out any proof that a way other than his ever existed or counted for anything.  Now, even venerable educational institutions are following suit.

The University at Buffalo removed the names of Millard Fillmore, James O. Putnam and Peter B. Porter from school property.

Not to be outdone, social media and large corporations are in on the game of removing anything that’s not aligned with their sensibilities. The freedom of expression is discouraged if the speaker is someone with whom they disagree.

Take a look at the cancel culture’s tally sheet of victims:

·      Sierra Club founder John Muir from Sierra Club documents and marketing – as a young immigrant from Scotland, John Muir made “derogatory comments about Black people and Indigenous peoples that drew on deeply harmful racist stereotypes, though his views evolved later in his life”

·      Senior Sleepy, the mascot from the cleanser Spic and Span

·      Mrs. Butterworth, the pancake syrup in the “derogatory bottle”

·      Big Boy Restaurants – their long-standing mascot Big Boy is out, Dolly the chicken sandwich is in

·      Dixie Beer – brewery from Louisiana is dropping the name

·      Aunt Jemima is now called Pearl Milling Company – Kristin Kroepfl, vice president and chief marketing officer for Quaker Foods North America, said, “We recognize Aunt Jemima’s origins are based on a racial stereotype. While work has been done over the years to update the brand in a manner intended to be appropriate and respectful, we realize those changes are not enough.”

·      The Land O’Lakes Indian Maiden, removed from the center “O” in their logo

·      Mutual of Omaha – removed the Native American symbol from its logo

·      The National Anthem, by NBA team the Mavericks