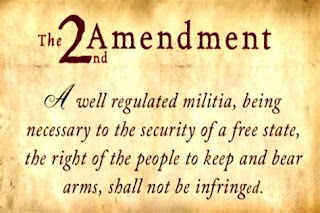 In disparate moves, the South Carolina state legislature is considering an open carry bill while Congress debates in Washington the most restrictive gun measure in history.

Back for a second session of Congress, HR 127 - The Sabika Sheikh Firearm Licensing and Registration Act, was introduced by Congresswoman Sheila Jackson Lee. She is currently the U.S. Representative for Texas's 18th congressional district, currently serving in her 14th term in the House, having served since 1995.

The district includes most of central Houston, which has become heavily Democrat.

Gun registration and control at this level of intrusiveness is a precursor to confiscation. The bill calls for a psychological evaluation of gun owners and prospective purchasers and a publicly available database of gun owners, the specific types of guns owned and the locations of these guns.

It calls for an extensive licensing system that requires a person to be at least 21 years of age and to undergo a criminal background check as well as a psychological evaluation that doesn’t indicate the person is “psychologically unsuited” to possess a firearm.

Further, the act requires a completed training course with at least 24 hours of training, as well as mandates the gun licensee will have in effect an insurance policy. The fee for this license is set at the high rate of $800.

The prohibition section makes it unlawful for someone without a license procured under this act to possess a firearm or ammunition. It also makes it illegal for anyone under the age of 18 to possess a firearm of any type. The fines are beyond steep, at $75,000 as a minimum, going up to $150,000 and at least 15 years in prison.

In South Carolina, a bill has been introduced that would allow trained concealed weapons permit holders to carry those guns out in the open. Sponsored by state representative Bobby Cox from Greenville, the bill would bring South Carolina up to par with at least 46 other states that already have addressed open carry.

While such open carry bills have failed here in the past, it will be interesting to see how this proposal fares in 2021.